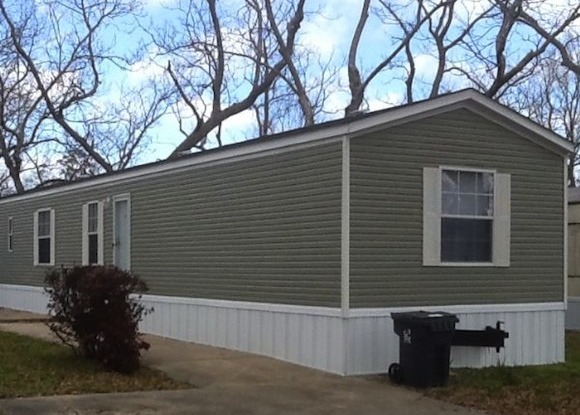 What are Park-Owned Mobile Homes?

In today’s Mobile Home Park market, Park-Owned Mobile Homes are a reality that every MHP Investor must consider. But what, exactly is a Park-Owned Mobile Home? To clarify, the general term “Park-Owned Home” (POH) refers to any rental unit that the MHP Owner owns in his park, which they usually rent out at a “unit rent”-price, or attempt to sell. They could be Park-Owned Mobile Homes, or RVs. But for the purposes of this article, we’ll call them all “Park-Owned Homes” or POHs. Those homes within a MHP that are owned by the Tenants, and who pay Space Rent are called Tenant-Owned Homes or TOHs. WHY PARK-OWNED MOBILE HOMES? Why would anyone want to own the trailers in their MHP? Wouldn’t it be far better to have the tenants own their own homes? That way the tenants would do the maintenance and repairs themselves, at their expense, they’d take greater pride of ownership, and since it’s difficult and expensive to move a mobile home from one park to another, they’re not likely to go anywhere, so that’s real security for a landlord. So, why on earth would any park owner ever want to own the trailers instead? Realistically, that’s not really a choice you have, because in today’s market virtually no tenants are moving their trailers into MHPs like they used to. Today, if you have a vacant space in your park, there’s really only one way to fill it. You have to buy the trailer yourself. The incentive for park-owners should be obvious: they’re turning a vacant space that earns no income into a money-making rental unit. And they’re filling up their park, raising it’s Net Operating Income (NOI), and thus its value. And, they can take a greater hand in how their park turns out.

AREN’T PARK-OWNED MOBILE HOMES TOO EXPENSIVE TO OWN? The conventional wisdom today is to “never own the mobile homes, the maintenance will kill you.” We hear this constantly, especially from recent graduates of the many “MHP Bootcamps” that exist today. These trainers turn out students who very quickly disregard any Mobile Home Park that has Park-Owned Homes in it. They’ve been conditioned to believe that POHs are so bad that there’s no possible way to make them profitable. But in doing so, they reduce the number of parks they can consider for purchase by a massive percentage, and these some of the most profitable parks . To be fair, ‘conventional wisdom’ is partly right. If you don’t have anyone to run your park for you, and it’s 1,000 miles from where you live, you’ve got to keep it as simple and risk-free as possible, which means nothing you have to maintain or repair, in other words no park-owned units. Yet, many, maybe even most of the most successful MHP Investors/Owners not only tolerate POHs, but actually embrace them. Why? Because, done right, they can be hugely profitable. GEOGRAPHIC EFFECTS OF PARK-OWNED MOBILE HOMES In many higher-priced states, like California and most of the Western states (everything west of the Rockies), Florida, most of the Northeast, and now even Texas, it doesn’t make much sense to own park-owned mobile homes, and here’s why. In Sacramento, California, for instance, the market space rent is around $500 per month. If you own a park there (and I speak from experience, because I did for 9 years), and you have an empty space to fill in your park, just about the only way you’re going to fill it is to buy a mobile home yourself and have it moved in and installed. Then you can either rent it out, or attempt to sell it. For now, let’s assume you decide to rent it out. I had two Park-Owned Mobile Homes in my 80-space park in Sacramento. I got $550 for one and $600 for the other. What? Only a $50 bump over the bare space rent? Why so low? Because as soon as you push the rent of your POH up too high, you’re in competition with apartments, and you’ll rarely win that one. So, in higher-priced markets like California, there is very little financial incentive to buy POHs. However, if you have vacant spaces to fill, there isn’t really any other choice. So, many MHP owners, even in places like California, often end up buying used mobile homes and RVs to fill their parks up, because they have no other choice. However, when you leave these high-priced markets, and move into the rest of the country, in the South and Midwest, for instance, quite the opposite plays out. Again that Sacramento park gets $500 per month for space rent and $600 for a 3-bedroom unit. In a place like South Carolina or Arkansas, the space rent might only be $175 per month, but you can still get $500 for a 3-bedroom mobile home. The key to this puzzle is ‘cost of entry’, in other words, what you have to pay for the park. In places like California, MHPs start at a price of around $50,000 per space. In the South, it’s fairly easy to find parks for $10,000 per space, or even less. So, even though the space rent is one-third of California’s, you’ll only pay about 20% as much for a MHP in the South. Now, when comparing unit rents, it slants very favorably toward the Midwest and the South. If you can get $500/month for a POH in South Carolina and you paid $10,000 per space for the park, that’s an annual return on that space of 60%. That same space in California gets you $600, but cost you $50,000 for an annual return of 14.4% on that space. Of course, the cost of adding the Park-Owned Mobile Home hasn’t been taken into account yet. We get into that below.

ABOVE: These two homes have just been moved into a park. The temporary blocks the movers set them down on are still in place. They still need to be set up, skirting and steps before they’ll be rent-ready. CONCLUSION: PARK-OWNED MOBILE HOMES- YES OR NO? If it’s not already obvious to you, we love Park-Owned Mobile Homes. We have, manage and maintain many hundreds of them. Over the years, we’ve developed our systems and methods to a very high degree in this area, because owning Park-Owned Mobile Homes is so critical to our success in the mobile home park business. Success with Park-Owned Mobile Homes boils down to the same thing as success with MHPs in general: Operations, operations, operations. In the end, it’s not the park, or the trailers that are going to make you money, its going to be the operations of the park and the trailers that will produce. And that’s what we do. Call me if you’d like to know more about what we do, and what we can do for you and your park, or to help you find the right park, or to make sure the one you’ve already found is the right one, or to devise an Operational Plan and/or a Turn-Around Plan. Bottom line: I love talking about MHPs. So call me any time with your MHP questions, no matter what they are. There is no cost or obligation, so please call me, ANDY TALLONE at (925) 323-2134 or email andrewtallone@gmail.com. I look forward to talking with you about MHPs in general, and answering any questions you may still have about Park-Owned Mobile Homes.

I will talk to you. 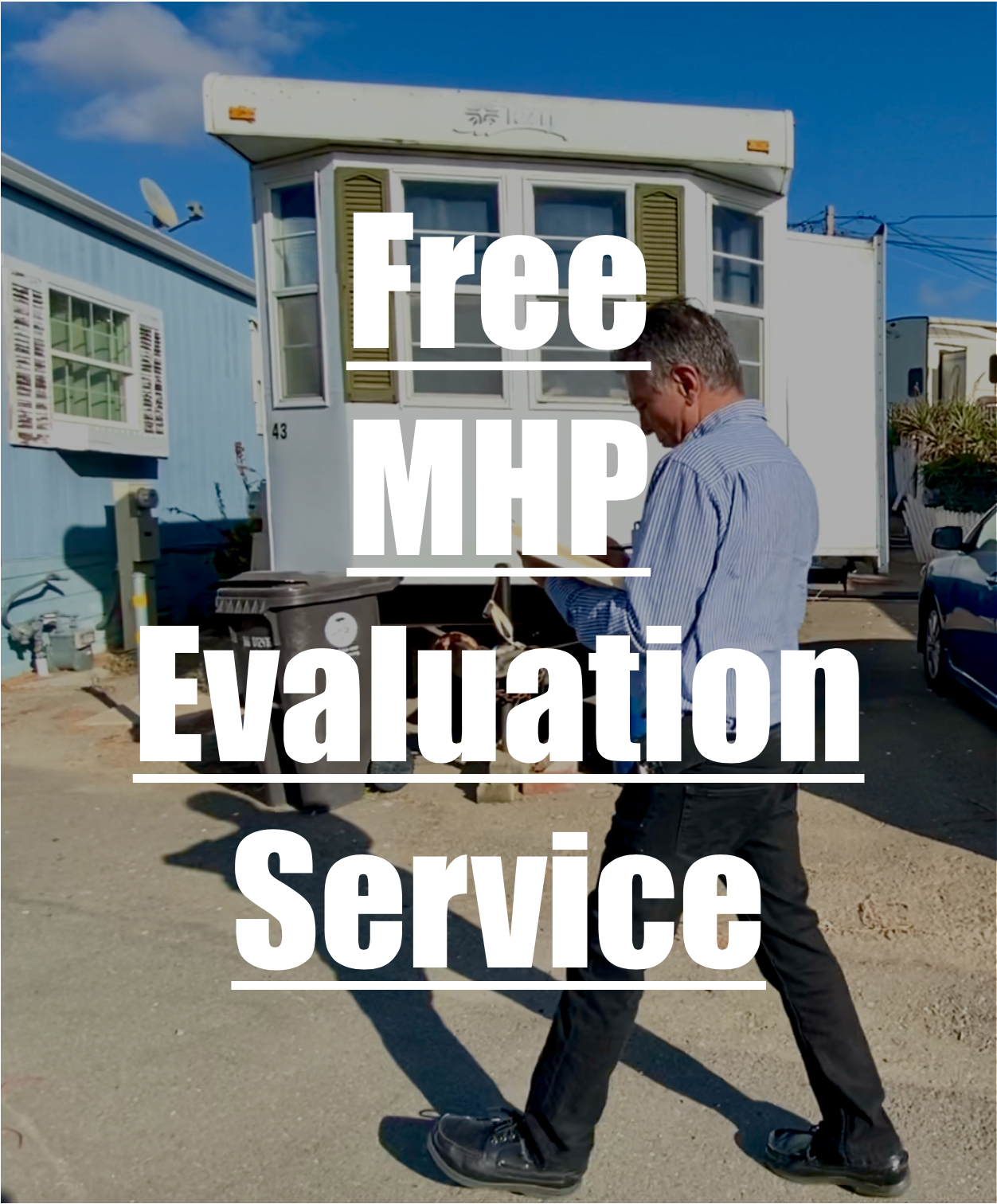 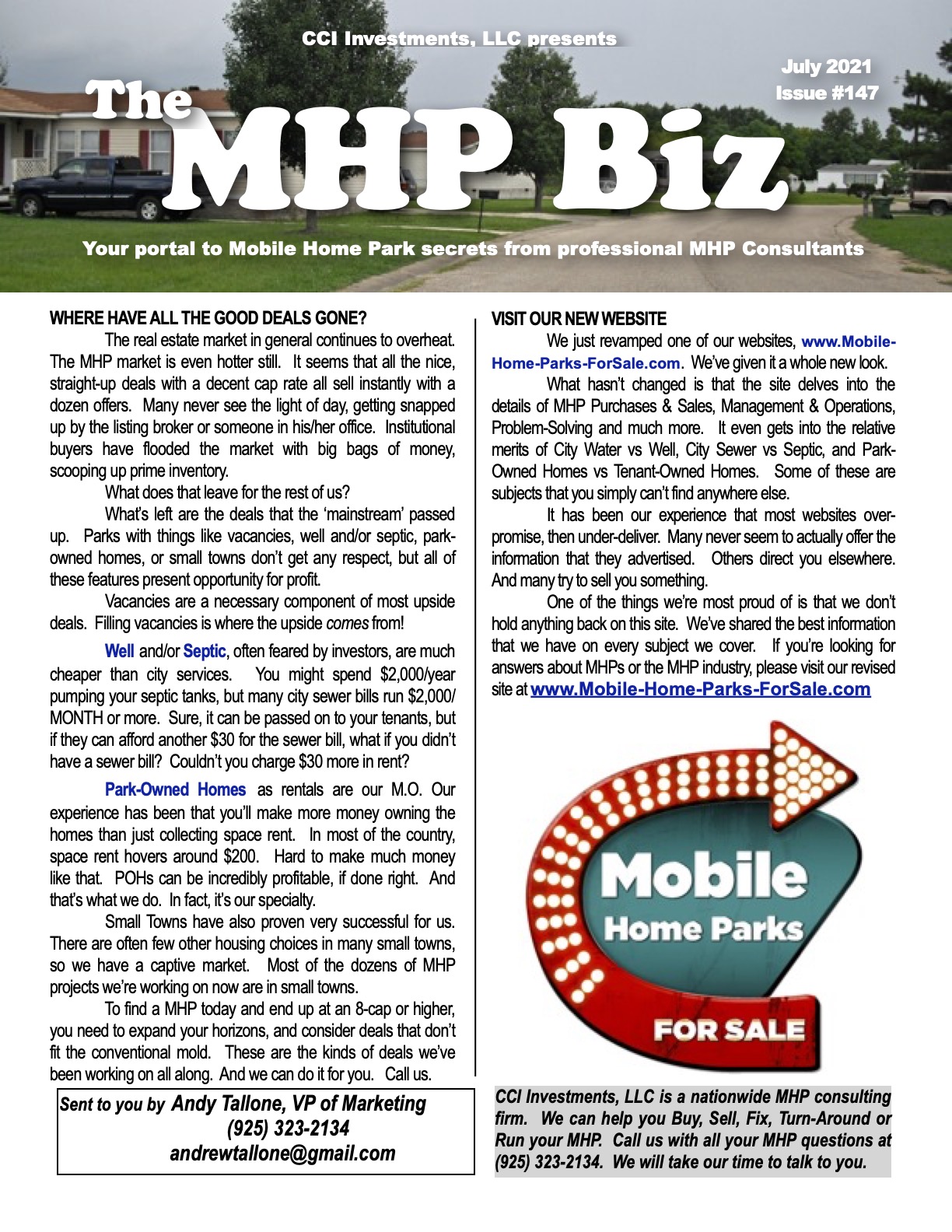 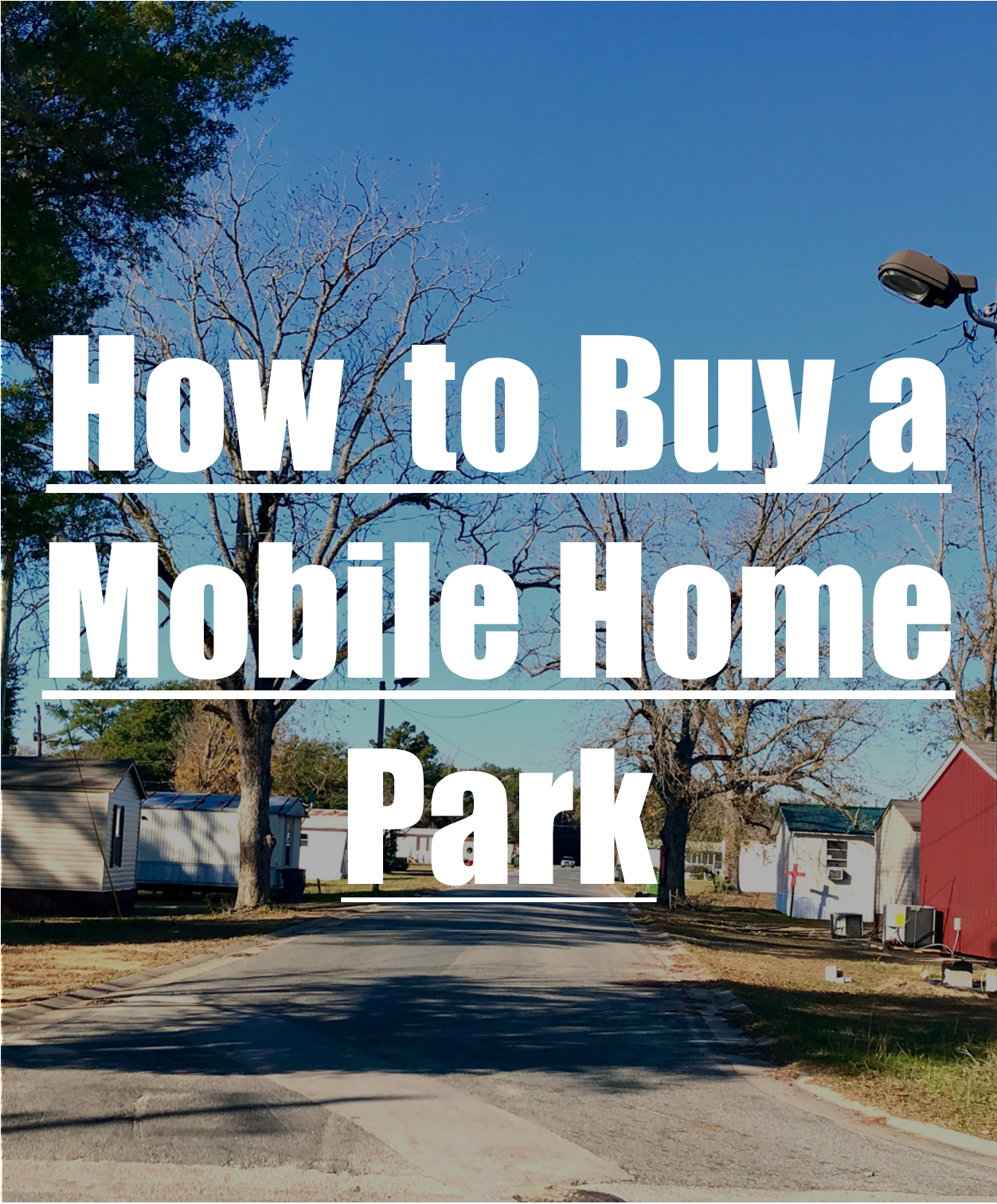 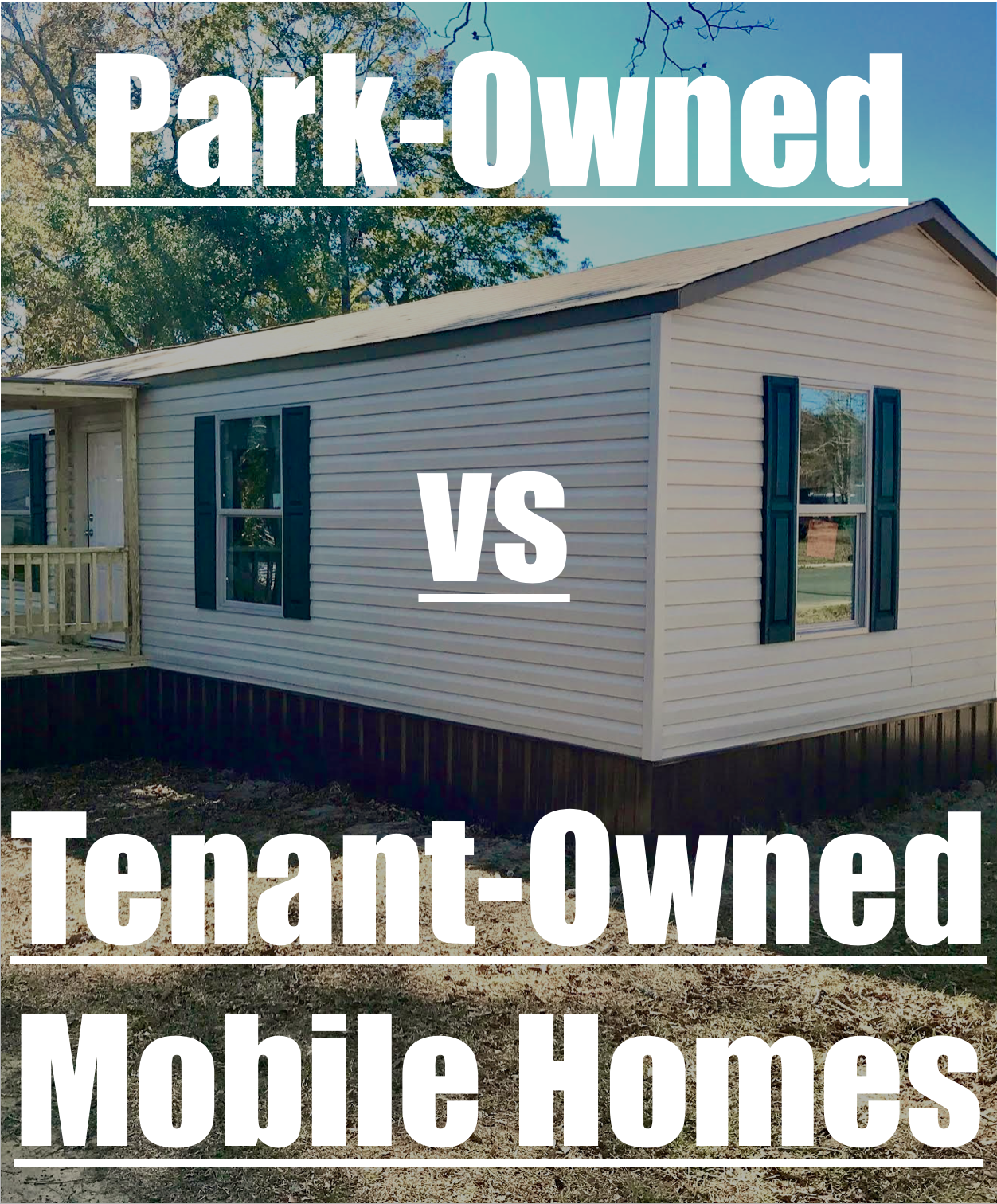 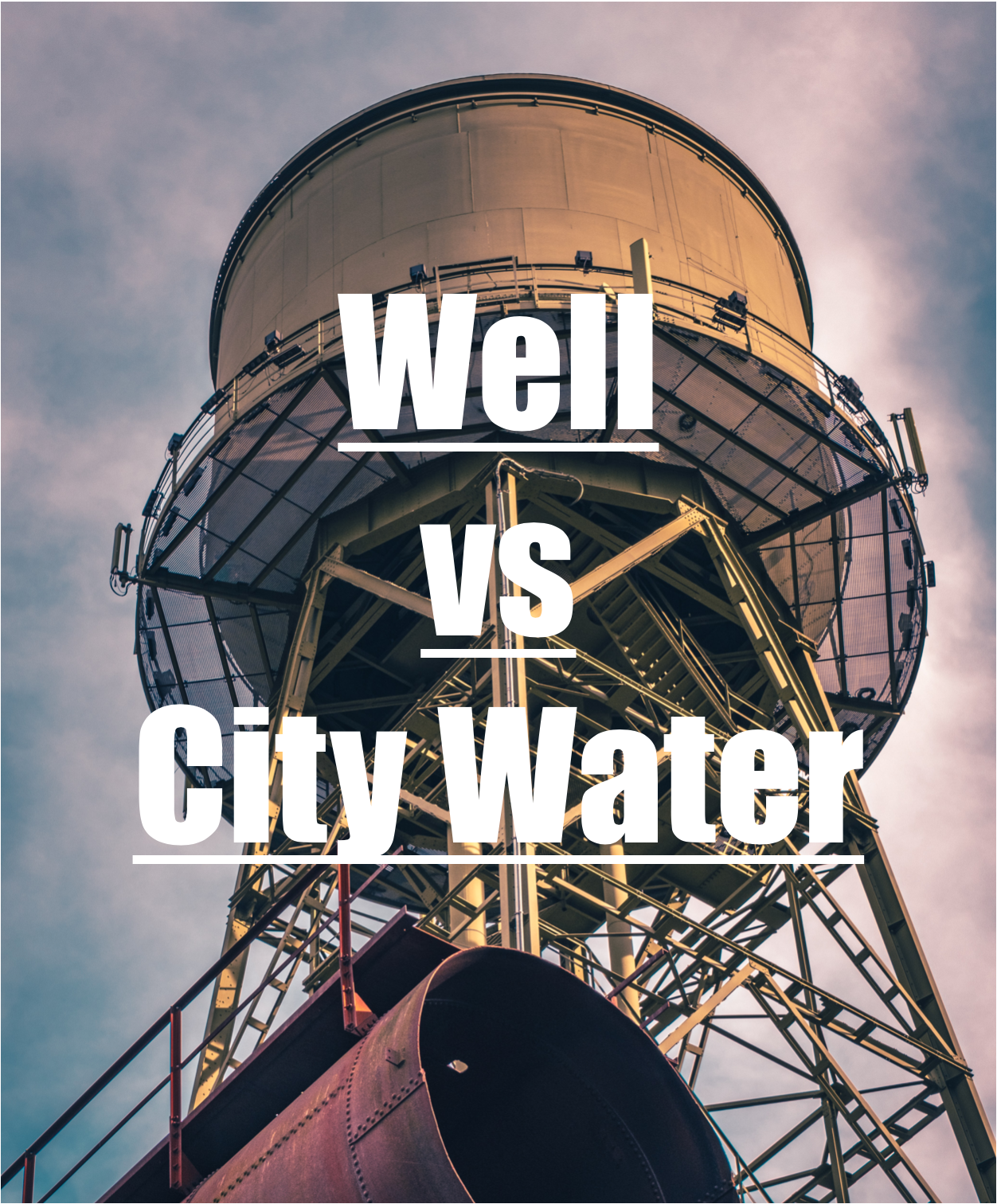 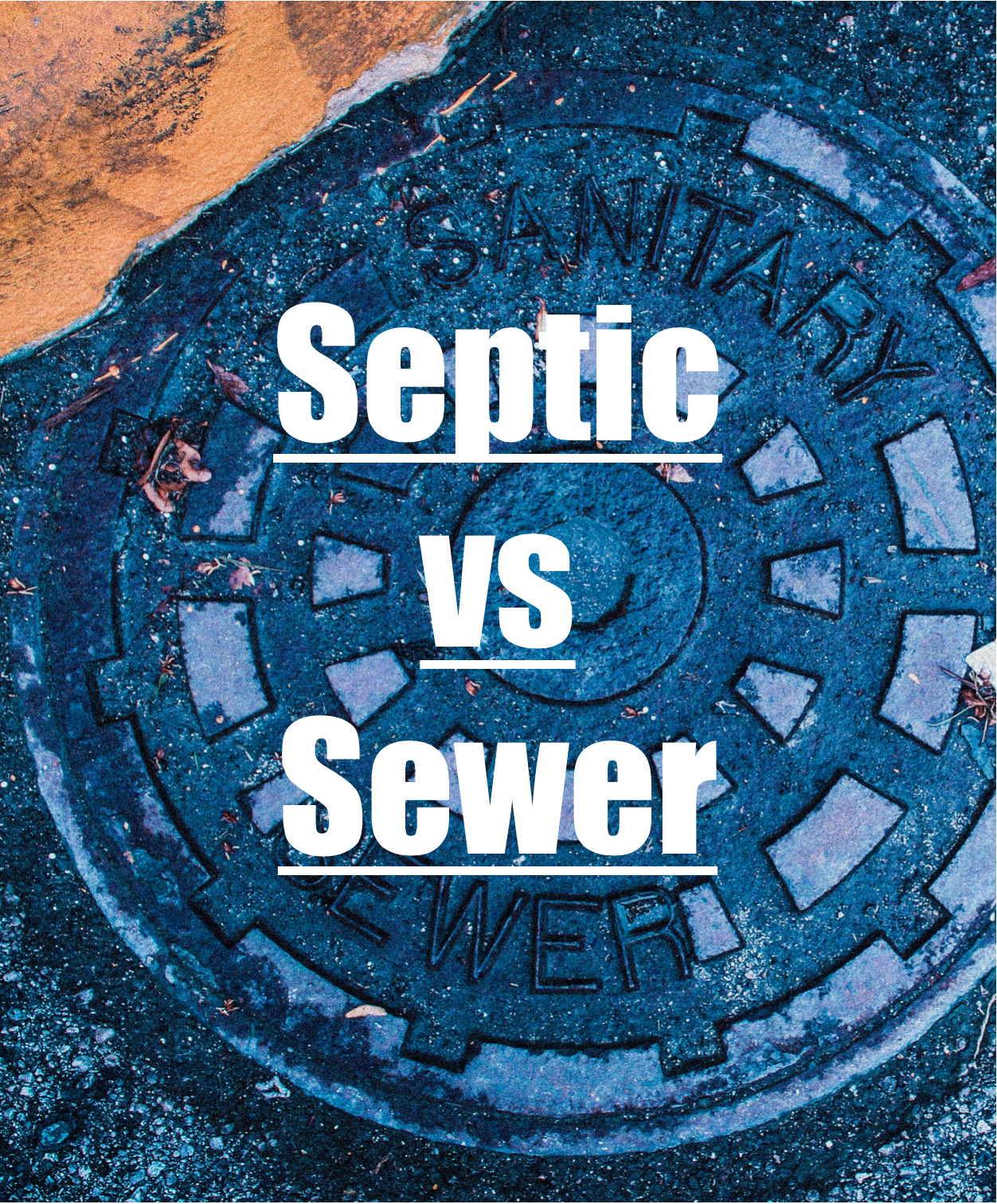 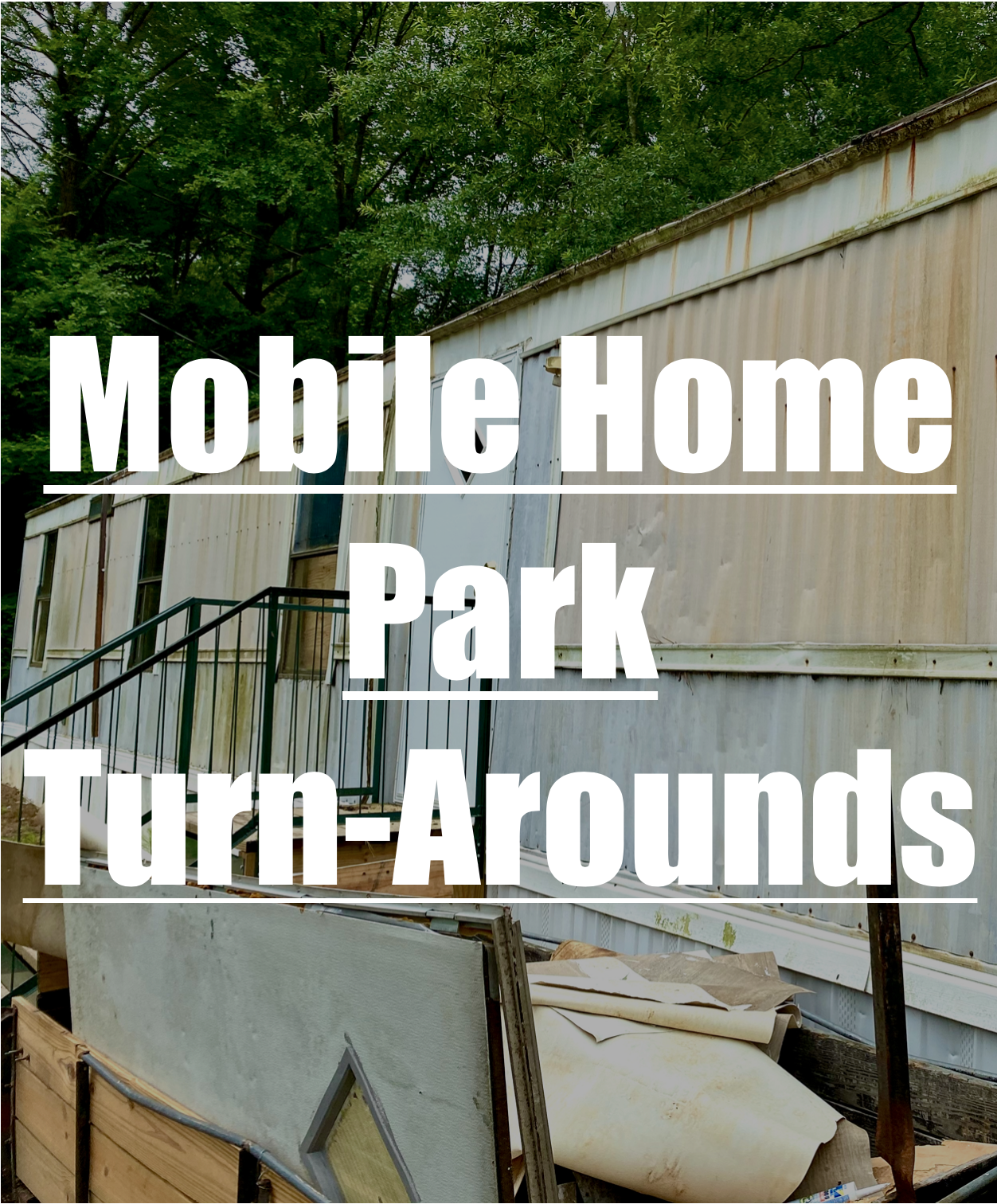